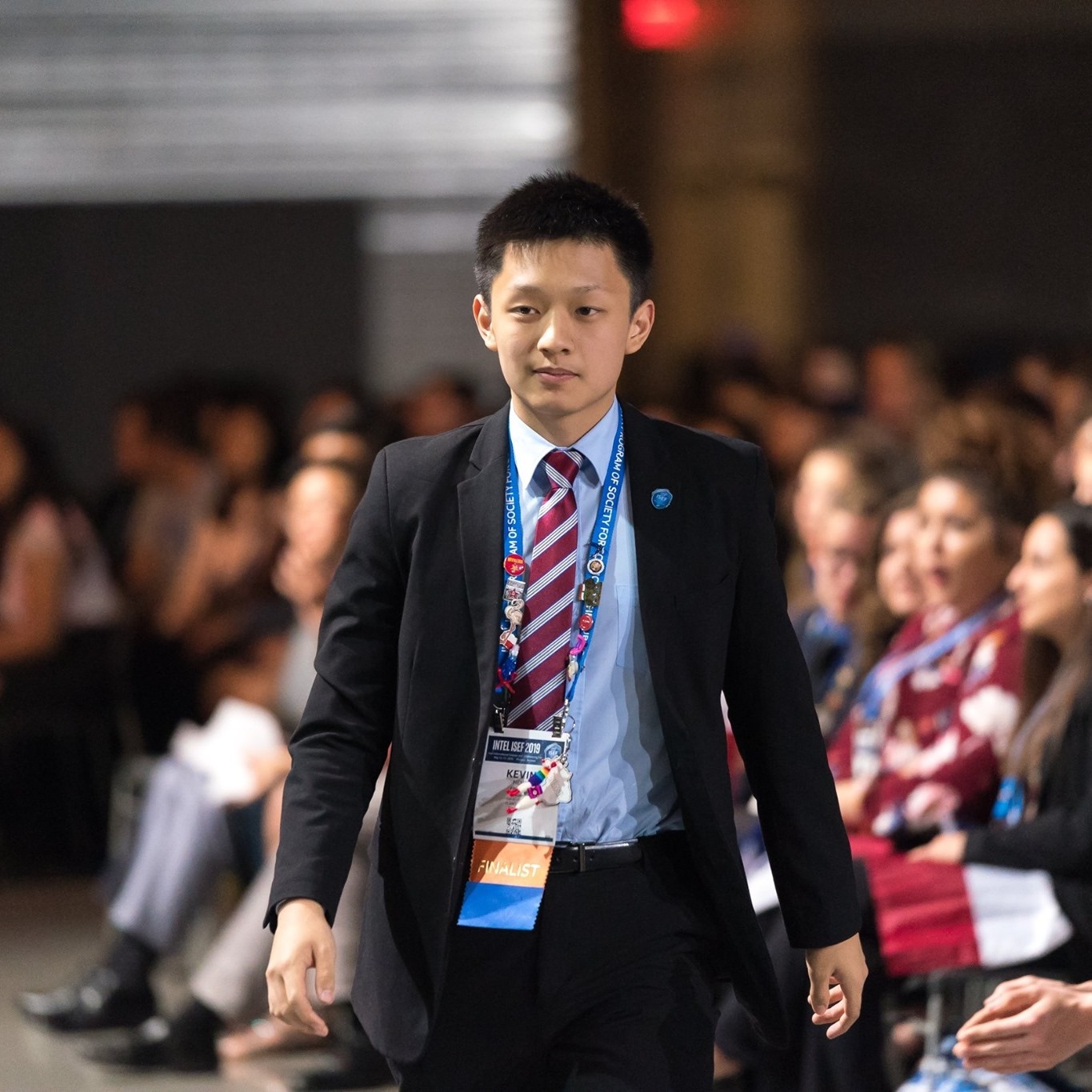 Hi! 👋 I'm Kevin, a sophomore at MIT studying EECS and pursuing a concurrent master's in AI.

I spend lots of time thinking about transparency in deep neural networks. When deployed, they often fail in ways we find difficult to comprehend; ideally, we'd be able to dissect their parameters and debug these problems, but we lack an understanding of their decision-making and fact-storing mechanisms. Check out some fun work I've been doing at MIT CSAIL (in collaboration with Northeastern University and Technion — IIT) that makes a bit of progress on this in large-scale language models :)

I'm also broadly interested in the applications of AI. At the MIT/Harvard Broad Institute, I'm designing geometric learning methods for protein docking. At NVIDIA, I developed computational pipelines for drug-target interaction prediction, and on the side, I've been working on a fact-checking system (claim-spotter + claim-checker) used by thousands of researchers and journalists worldwide. Feel free to check out stuff I've presented at venues including NeurIPS, AAAI, EACL, ICMLA, NVIDIA GTC, AAAS, the NSA, and 7-Eleven R&D Labs.

I also love teaching. Back at home, I founded the Association for Young Scientists & Innovators, a student-run non-profit that provides personalized science fair, research, and computer science mentorship to aspiring scientists. I still occasionally mentor students via AYSI, and I organize and teach for [email protected] Workshops. In my free time, I love running, eating, being bad at basketball, and wandering the streets of new cities.

We investigate the mechanisms underlying factual knowledge recall in autoregressive transformer language models. First, we develop a causal intervention for identifying neuron activations capable of altering a model's factual predictions. Within large GPT-style models, this reveals two distinct sets of neurons that we hypothesize correspond to knowing an abstract fact and saying a concrete word, respectively. This insight inspires the development of ROME, a novel method for editing facts stored in model weights. For evaluation, we assemble CounterFact, a dataset of over twenty thousand counterfactuals and tools to facilitate sensitive measurements of knowledge editing. Using CounterFact, we confirm the distinction between saying and knowing neurons, and we find that ROME achieves state-of-the-art performance in knowledge editing compared to other methods. An interactive demo notebook, full code implementation, and the dataset are available. 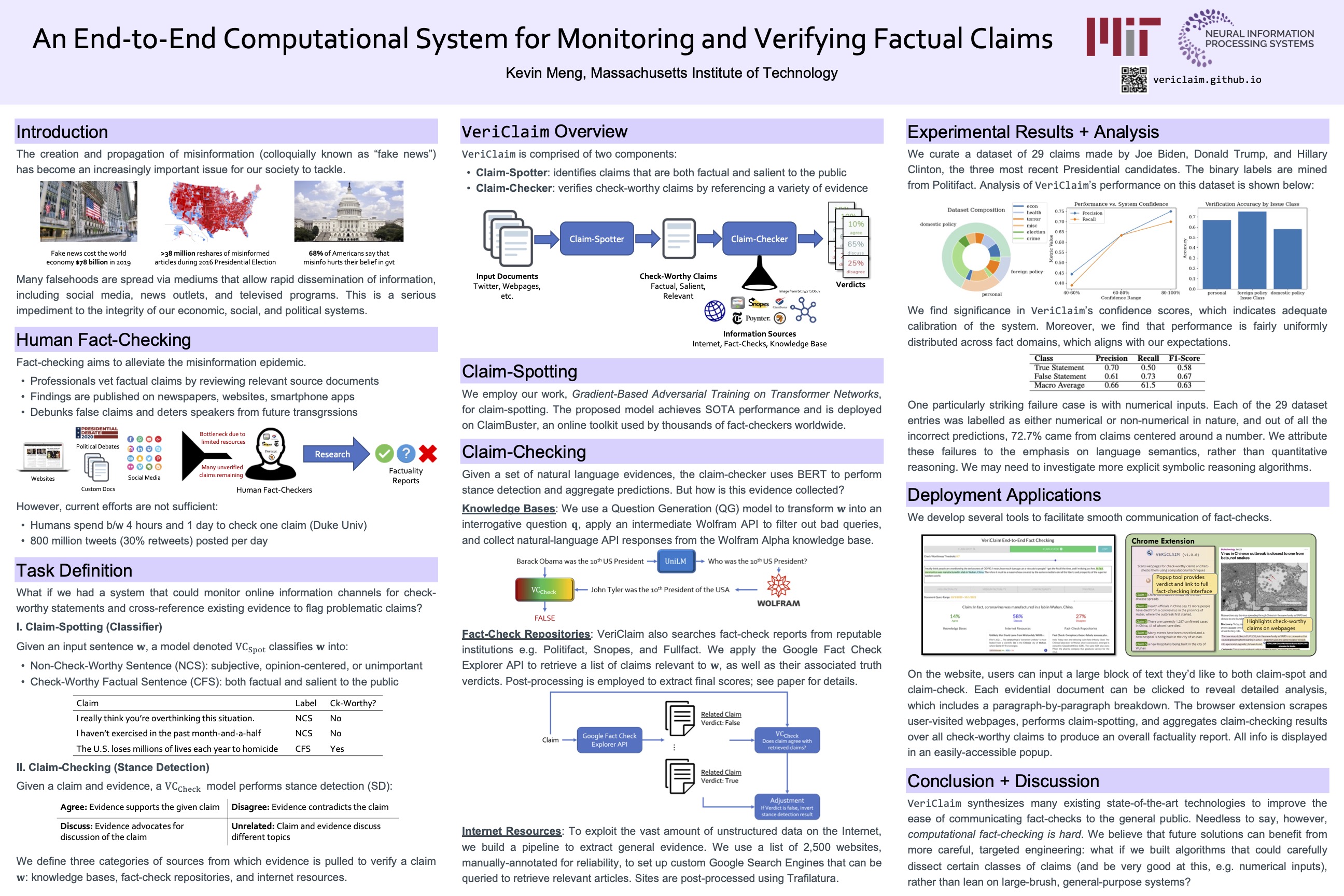 In light of heightened obstacles to human interaction and physical health due to COVID-19, we present 36 Hour Fitness: a fun, intuitive, and powerful app that enhances the quality of home workouts while bringing friends, family, and workout buddies together over the Internet. This system (built in 36 hours 😉) helps replicate the gym experience by allowing users to select any of their favorite workout videos and receive real-time automated feedback. Using gamification and other social features, 36 Hour Fitness creates exciting virtual group workouts from the comfort of your home. Dynamic time warping, neural pose estimation, and simple geometrical formulas are used to generate scores and suggestions.

An NLP-Powered Dashboard for Mitigating the COVID-19 Infodemic

This paper introduces a public dashboard which, in addition to displaying case counts in an interactive map and a navigational panel, also provides some unique features not found in other places. Particularly, the dashboard uses a curated catalog of COVID-19 related facts and debunks of misinformation, and it displays the most prevalent information from the catalog among Twitter users in user-selected U.S. geographic regions. We also explore the usage of BERT models to match tweets with misinformation debunks and detect their stances. We also discuss the results of preliminary experiments on analyzing the spatio-temporal spread of misinformation.

We introduce the first adversarially-regularized, transformer-based claim spotting model that achieves state-of-the-art results by a 4.70 point F1-score margin over current approaches on the ClaimBuster Dataset. In the process, we propose a method to apply adversarial training to transformer models, which has the potential to be generalized to many similar text classification tasks. Along with our results, we are releasing our codebase and manually labeled datasets. We also showcase our models' real world usage via a live public API. 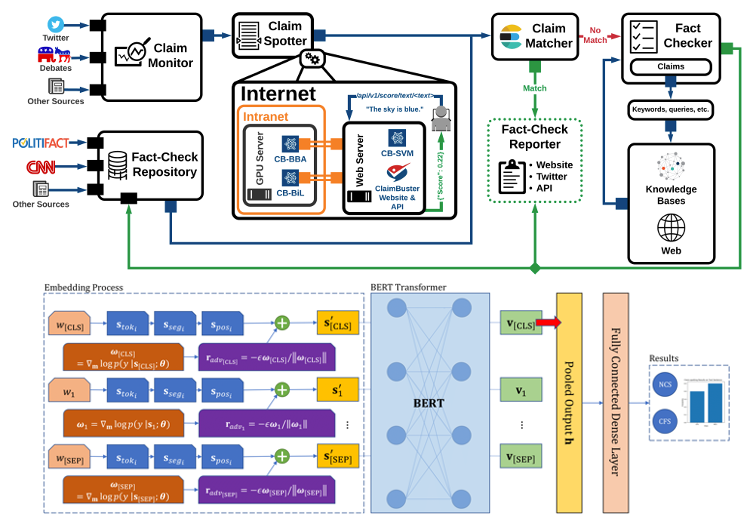 This paper establishes a deep-learning model that can be trained to reconstruct continuous video of a 15-point human skeleton even through visual occlusion using RF signals. During training, video and RF data are collected simultaneously using a co-located setup containing an optical camera and an RF antenna array transceiver. Next, video frames are processed with a gait analysis module to generate ground-truth human skeletons for each frame. Then, the same type of skeleton is predicted from corresponding RF data using a novel custom-designed CNN + RPN + LSTM model that 1) extracts spatial features from RF images, 2) detects all people present in a scene, and 3) aggregates information over many time-steps, respectively. 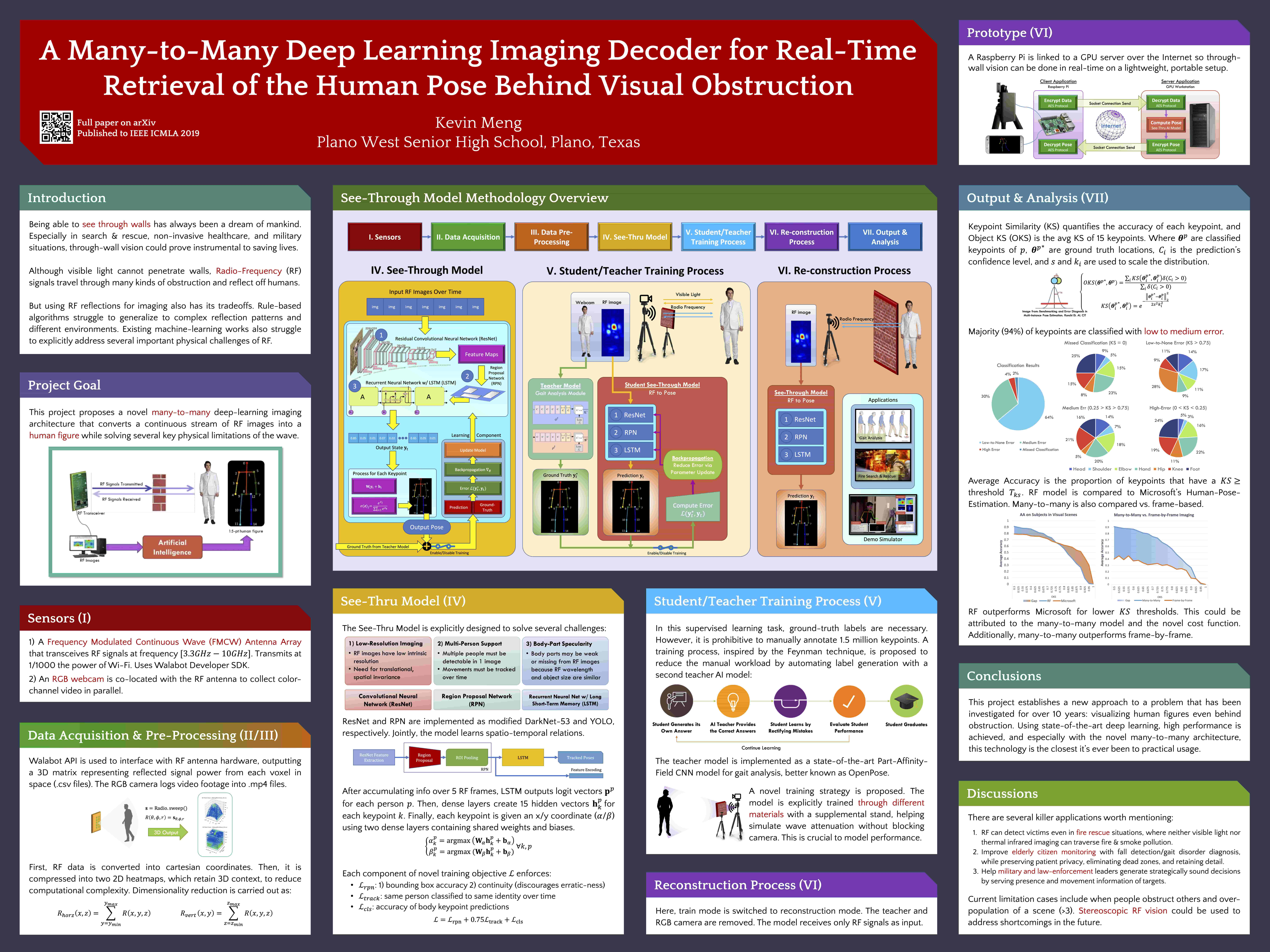 Current Advanced Driver Assistance Systems provide reactive protections that warn drivers of dangers up to 0.5 seconds ahead of collisions. However, rule of thumb suggests 2 seconds for safety in emergency reactions; many lives could be saved even with a slight improvement to the warning time. This paper develops an innovative two-stage neural network model that predicts drivers' actions before fatal collisions can occur. Data is collected from sensors and devices including two cameras, a GPS module, an Onboard Diagnostics-II (OBD-II) interface, and a gyroscope, preprocessed with a neural computer vision model to extract facial movements and rotation, filtered and selected with the Classification and Regression Tree (CART), and modeled with an LSTM.